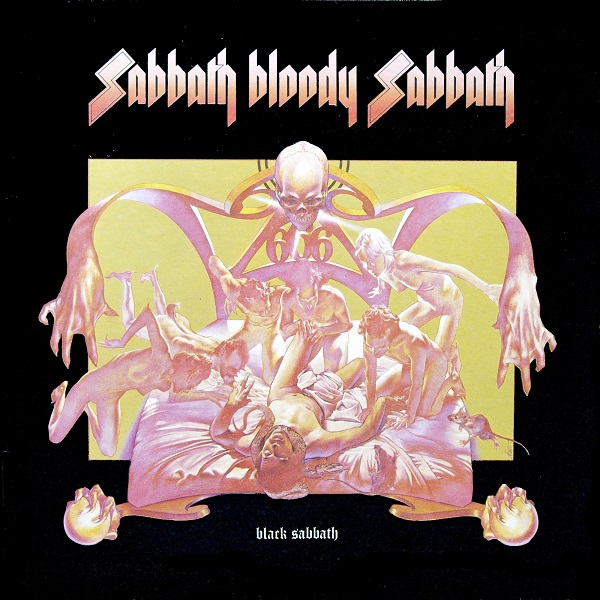 Sabbath Bloody Sabbath is the fifth studio album by English rock band Black Sabbath, released in December 1973. It was produced by the band and recorded at Morgan Studios in London in September 1973.

For the first time in their career, the band began to receive favourable reviews in the mainstream press, with Rolling Stone calling the album “an extraordinarily gripping affair”, and “nothing less than a complete success”. Later reviewers such as AllMusic’s Eduardo Rivadavia cite the album as “a masterpiece, essential to any heavy metal collection”, while also displaying “a newfound sense of finesse and maturity”. The album marked the band’s fifth consecutive platinum selling album in the United States. It reached number four on the UK charts, and number eleven in the US.

The song “Sabbath Bloody Sabbath” has been singled out for praise by many hard rock and heavy metal guitar players, with Slash from Guns N’ Roses stating to Guitar World in 2008, “The outro to ‘Sabbath Bloody Sabbath’ is the heaviest shit I have ever heard in my life. To this day, I haven’t heard anything as heavy that has as much soul.” Brent Hinds of Mastodon agrees, telling Nick Bowcott in 2008, “The ‘dreams turn to nightmares, Heaven turns to Hell’ riff at the end of that song is unbeatable.” Kirk Hammett of Metallica cites “Killing Yourself to Live” as his favourite Black Sabbath song, revealing in the Holiday 2008 issue of Guitar World that “A lot of people gravitate toward the album’s title track, ‘Sabbath Bloody Sabbath’, but for me this is the stand out cut on the album.”