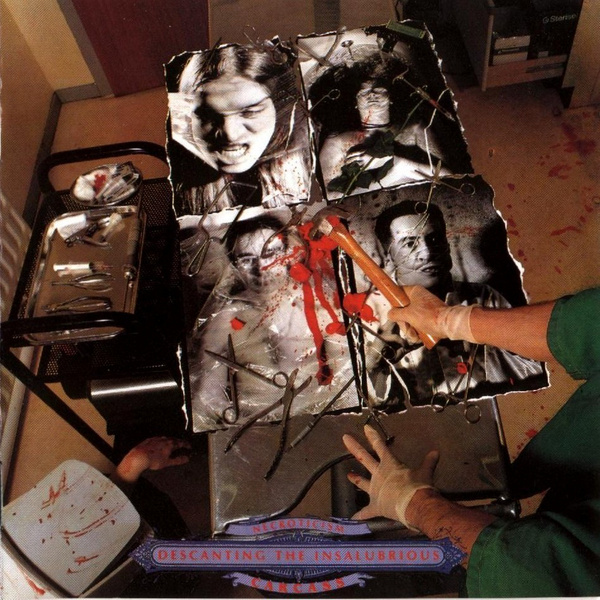 Necroticism – Descanting the Insalubrious is the third album by British extreme metal band Carcass. It was released on 30 October 1991 through Earache Records. This album is the first to feature guitarist Michael Amott and marked the first time Carcass had recorded as a four-piece. Many of the tracks describe economical ways to dispose of dead bodies. Necroticism continues the move towards a predominant death metal sound which was started in Symphonies of Sickness, featuring songs with longer sections and complex structures, more akin to the then-burgeoning technical death metal subgenre.

Ken Owen and Jeff Walker said during The Pathologist’s Report Part III: Mass Infection that they rejected the descriptions of Carcass’s music on this album being grindcore. While Owen acknowledges its death metal characteristics, both he and Walker expressed that they are more inclined towards calling their music on this album “progressive”.

Join Waitlist We will inform you when the product arrives back in stock. Please leave your valid email address below.
SKU: 200002 Categories: Metal, New Records Tag: Death Metal