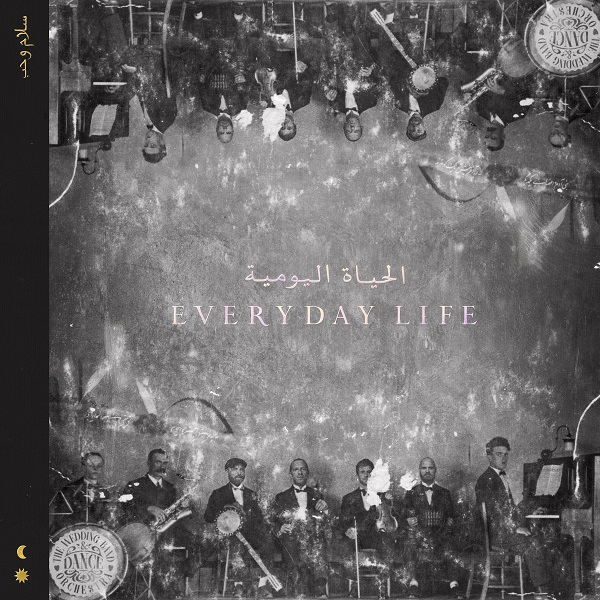 Everyday Life is the eighth studio album by British rock band Coldplay. It was released on 22 November 2019 by Parlophone in the United Kingdom and Atlantic Records in the United States. It is a double album released as a single CD, with the first half titled Sunrise and the other Sunset. The release coincided with Coldplay: Everyday Life – Live in Jordan, in which performances of each half of the album were live streamed from the Citadel in Amman, Jordan, at sunrise and sunset, respectively. Many returning producers and collaborators joined the band’s efforts including Rik Simpson, Dan Green, Bill Rahko, Davide Rossi, and Emily Lazar.

Speculation about the album’s existence persisted since their previous record, A Head Full of Dreams, as rumours circulated that Coldplay would disband. It is the first album by the band to feature profanity (on the tracks “Trouble in Town”, “Arabesque” and “Guns”) and is also their second studio album, after Ghost Stories (2014), not to be supported by a major worldwide tour.

Everyday Life received generally positive reviews from music critics, who praised its experimental alt rock direction, the shift to politically charged lyrics, and varied song styles in contrast to their old roots with albums like Parachutes and Viva la Vida or Death and All His Friends. However, others felt that the album lacked thematic consistency. Commercially, Everyday Life earned the band their eighth consecutive number-one album on the UK Albums Chart and their seventh top-ten album on the Billboard 200 in the US.

The album was supported by four overall singles: “Orphans” and “Arabesque” in October 2019, “Everyday Life” in November 2019 and “Champion of the World” in February 2020. At the 63rd Grammy Awards the album garnered two nominations: Best Recording Package and Album of the Year, marking the band’s second nomination in the latter category and their first since Viva la Vida.