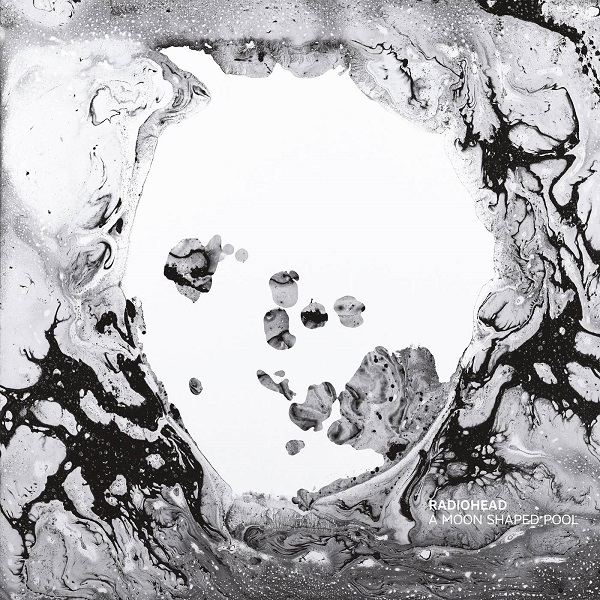 A Moon Shaped Pool is the ninth studio album by English rock band Radiohead. It was released digitally on 8 May 2016, and physically on 17 June 2016 through XL Recordings. It was produced by Radiohead’s longtime producer Nigel Godrich.

Radiohead recorded A Moon Shaped Pool in RAK Studios in London, the La Fabrique studio in Saint-Rémy-de-Provence, France, and their studio in Oxford. It features strings and choral vocals arranged by guitarist Jonny Greenwood and performed by the London Contemporary Orchestra. Several songs, such as “True Love Waits” and “Burn the Witch”, were written years earlier. The lyrics address climate change, groupthink and heartbreak; many critics saw them as a response to singer Thom Yorke’s split from his partner Rachel Owen. Artist Stanley Donwood created the abstract cover by exposing his paintings to weather.

A Moon Shaped Pool was named one of the best albums of the year and decade by many publications. It was the fifth Radiohead album nominated for the Mercury Prize, and was nominated for Best Alternative Music Album and Best Rock Song (for “Burn the Witch”) at the 59th Annual Grammy Awards. It topped the charts in several countries, becoming Radiohead’s sixth number one on the UK Album Charts, and was a bestseller on vinyl. It is certified gold in the UK, US, Canada, Australia, France and Italy.