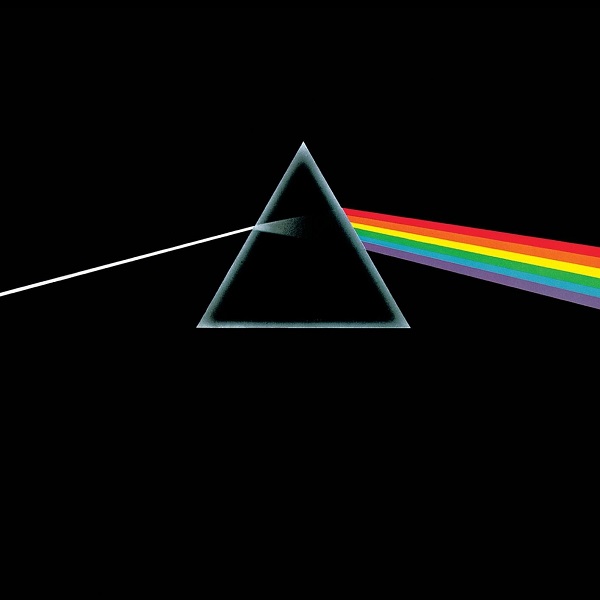 Pink Floyd – The Dark Side of the Moon

The Dark Side of the Moon is the eighth studio album by the English rock band Pink Floyd, released on 1 March 1973 by Harvest Records. Primarily developed during live performances, the band premiered an early version of the suite several months before recording began. The record was conceived as an album that focused on the pressures faced by the band during their arduous lifestyle, and dealing with the apparent mental health problems suffered by former band member Syd Barrett, who departed the group in 1968. New material was recorded in two sessions in 1972 and 1973 at Abbey Road Studios in London.

The record builds on ideas explored in Pink Floyd’s earlier recordings and performances, while omitting the extended instrumentals that characterised their earlier work. The group employed multitrack recording, tape loops, and analogue synthesisers, including experimentation with the EMS VCS 3 and a Synthi A. Engineer Alan Parsons was responsible for many sonic aspects and the recruitment of singer Clare Torry, who appears on “The Great Gig in the Sky”.

A concept album, The Dark Side of the Moon explores themes such as conflict, greed, time, death and mental illness. Snippets from interviews with the band’s road crew are featured alongside philosophical quotations. The sleeve, which depicts a prism spectrum, was designed by Storm Thorgerson in response to keyboardist Richard Wright’s request for a “simple and bold” design, representing the band’s lighting and the album’s themes. The album was promoted with two singles: “Money” and “Us and Them”.

The Dark Side of the Moon is among the most critically acclaimed records in history, often featured on professional listings of the greatest albums of all time. The record helped propel Pink Floyd to international fame, bringing wealth and plaudits to all four of its members. A blockbuster release of the album era, it also propelled record sales throughout the music industry during the 1970s. It has been certified 14× platinum in the United Kingdom, and topped the US Billboard Top LPs & Tape chart, where it has charted for 962 weeks in total. With estimated sales of over 45 million copies, it is Pink Floyd’s most commercially successful album, and one of the best-selling albums worldwide. In 2012, it was selected for preservation in the United States National Recording Registry by the Library of Congress for being deemed “culturally, historically, or aesthetically significant”.

Join Waitlist We will inform you when the product arrives back in stock. Please leave your valid email address below.
SKU: 200222 Categories: New Records, Rock Tags: Art Rock, Progressive Rock