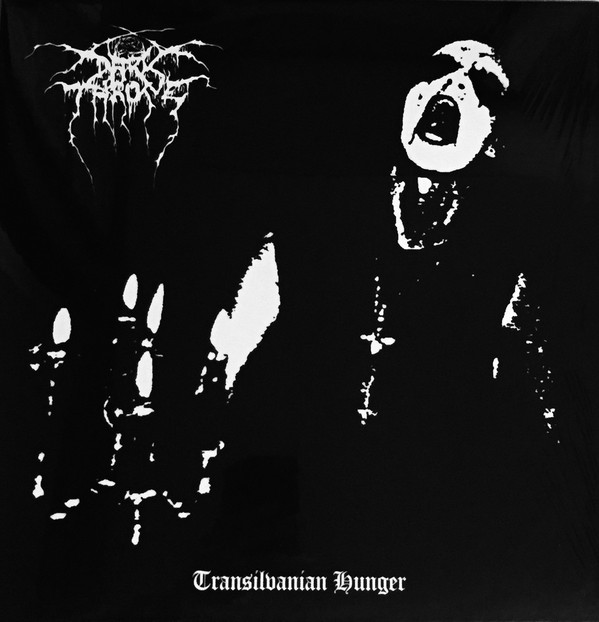 Transilvanian Hunger is the fourth studio album by Norwegian black metal band Darkthrone. It was released 17 February 1994 by Peaceville Records.

Transilvanian Hunger was the first Darkthrone album to be recorded as a duo (Nocturno Culto and Fenriz), which was a direct result of Zephyrous’s departure from the band the previous year.

Fenriz performed all instrumentation on the album, with Nocturno Culto adding vocals. As of 2018, this and Panzerfaust have been the only Darkthrone albums with this type of arrangement (although Fenriz also performs spoken word vocals on the Panzerfaust outro). Transilvanian Hunger was recorded on a 4-track recorder set up in Fenriz’s bedroom (dubbed “Necrohell Studios” by the band). Lyrics for four of the album’s songs were written by the Norwegian black metal musician Varg Vikernes, who performed solo as Burzum.