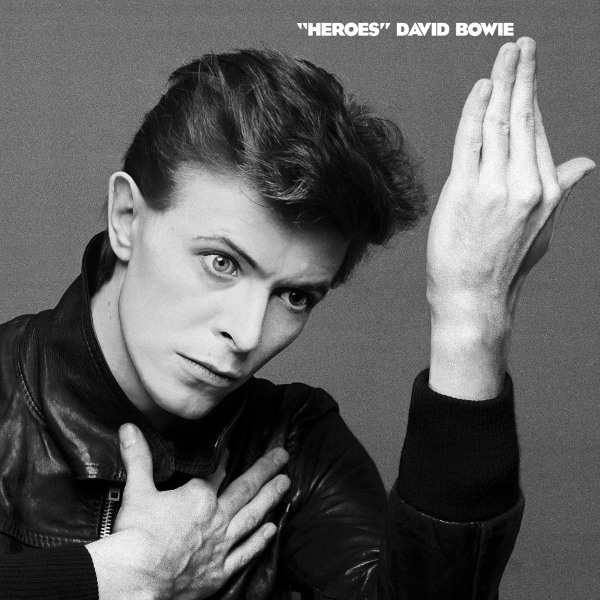 “Heroes” is the 12th studio album by English musician David Bowie, released on 14 October 1977 by RCA Records. After releasing Low earlier that year, Bowie toured as the keyboardist of his friend and singer Iggy Pop. At the conclusion of the tour, they recorded Pop’s second solo album Lust for Life at Hansa Tonstudio in West Berlin before Bowie regrouped there with collaborator Brian Eno and producer Tony Visconti to record “Heroes”. It was the second instalment of his Berlin Trilogy, following Low and preceding Lodger (1979). Of the three albums, it was the only one wholly recorded in Berlin. Much of the same personnel from Low returned for the sessions, augmented by King Crimson guitarist Robert Fripp.

The album was recorded sporadically in July and August 1977. The majority of the tracks were composed on the spot in the studio, the lyrics not being written until Bowie stood in front of the microphone. The music itself is based in art rock and experimental rock, and builds upon its predecessor’s electronic and ambient approaches, albeit with more positive tones, atmospheres and passionate performances. The album also follows the same structure as its predecessor, side one featuring more conventional tracks and side two featuring mostly instrumental tracks.

The cover photo, like Iggy Pop’s The Idiot, is a nod to the painting Roquairol by German artist Erich Heckel. Upon release, “Heroes” was a commercial success, peaking at number 3 on the UK Albums Chart and number 35 on the US Billboard Top LPs & Tape chart. It was the best-received work of the Berlin Trilogy on release, with NME and Melody Maker naming it Album of the Year. Bowie promoted the album extensively, appearing on several television programmes and interviews. He supported Low and “Heroes” on the Isolar II world tour throughout 1978, performances of which have appeared on the live albums Stage (1978) and Welcome to the Blackout (2018).

Retrospectively, “Heroes” has continued to receive positive reviews, many reviewers praising Bowie’s growth as an artist and Fripp’s contributions. Although critical opinion has tended to view Low as the more groundbreaking record, “Heroes” is regarded as one of Bowie’s best and most influential works. The title track, initially unsuccessful as a single, remains one of Bowie’s best-known and acclaimed songs.