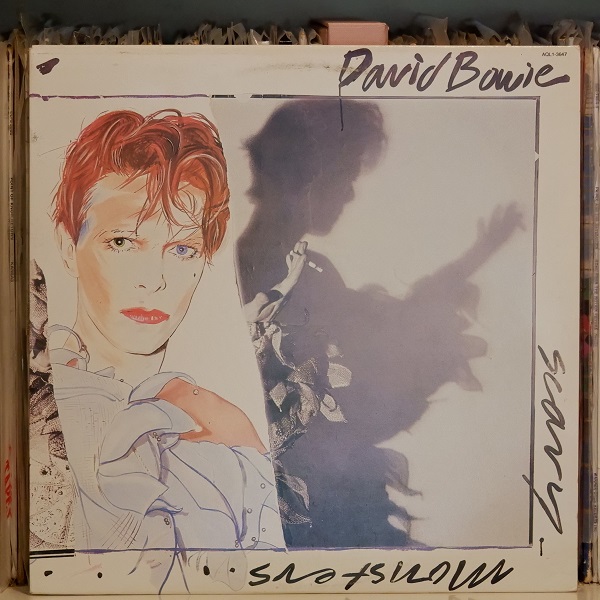 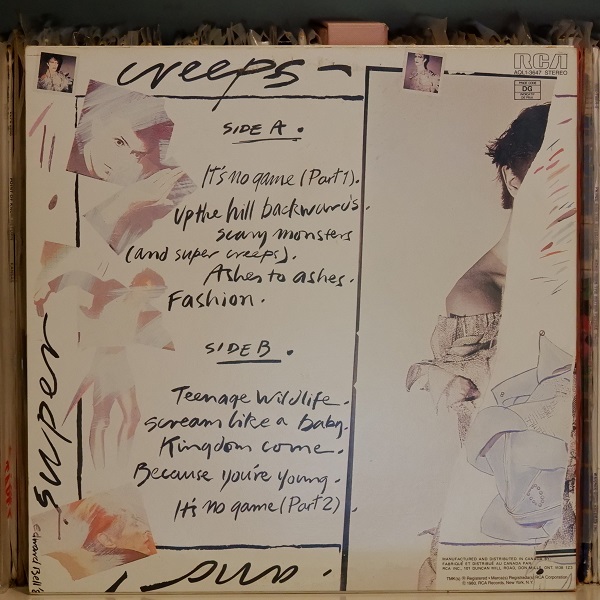 Scary Monsters (and Super Creeps), also known simply as Scary Monsters, is the 14th studio album by English musician David Bowie, released on 12 September 1980 by RCA Records. Over the previous three years, Bowie had garnered massive artistic success with the “Berlin Trilogy”, which consisted of Low, “Heroes” and Lodger (1977–1979). However, the trilogy had proven less successful commercially. By 1980, numerous artists Bowie had inspired with the trilogy were out-performing him commercially, leading him to desire a more commercial sound for his next record.

Co-produced by Tony Visconti, the album was recorded between February and April 1980. Sessions primarily took place at the Power Station in New York City, with additional recording undergone at Good Earth Studios in London. Much of the same personnel from prior releases returned for the sessions, with additional guitar work done by Chuck Hammer and Robert Fripp, and a guest appearance by guitarist Pete Townshend. The music incorporates elements of art rock, new wave and post-punk. Unlike the improvisational nature of prior releases, Bowie spent time writing the music and lyrics; several were recorded under working titles throughout the sessions while some of the tracks contained reworked elements of earlier, unreleased songs. The album cover is a large-scale collage that features Bowie donning a Pierrot costume, along with references to his prior releases on the rear sleeve.

The album’s lead single, “Ashes to Ashes”, revisited the character of Major Tom from “Space Oddity” was based on a guitar synth theme by Chuck Hammer, and was promoted with an inventive music video. Upon release, Scary Monsters garnered critical and commercial acclaim; it peaked at No. 1 in the UK while restoring Bowie’s commercial standing in the US, peaking at No. 12. Scary Monsters would later be referred to by commentators as Bowie’s “last great album” and a benchmark for later releases. It was Bowie’s final studio album for RCA and marked the final collaboration between Bowie and Visconti for over 20 years. Several publications have considered it one of the greatest albums of all time.

Join Waitlist We will inform you when the product arrives back in stock. Please leave your valid email address below.
SKU: 100100 Categories: Rock, Second-Hand Records Tags: Art Rock, New Wave