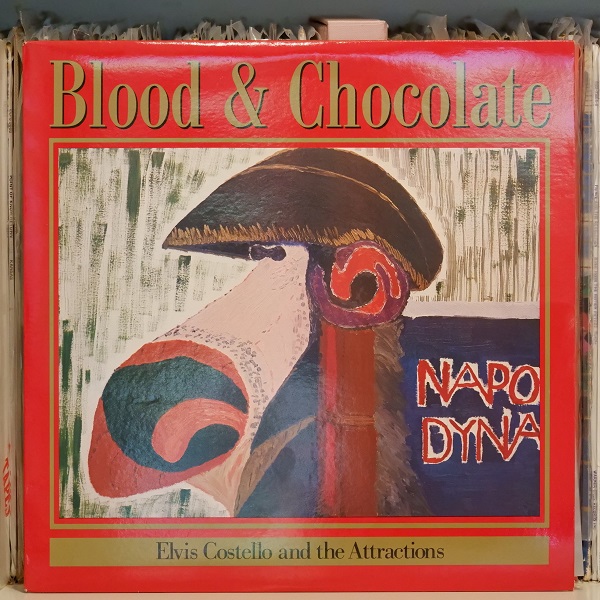 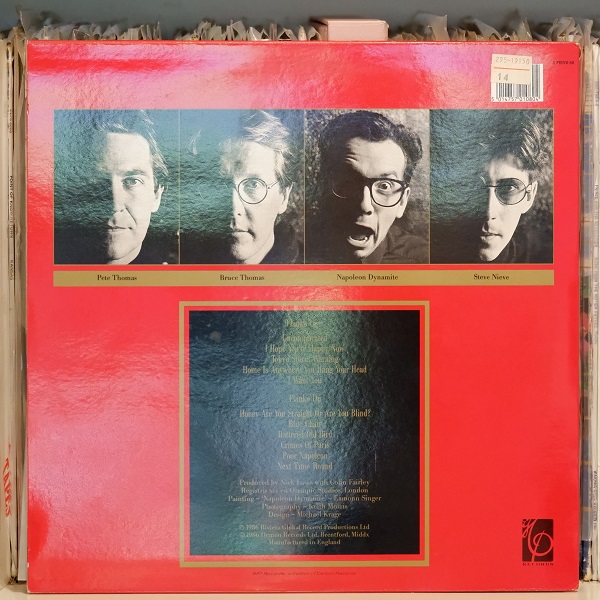 Blood & Chocolate is the eleventh studio album by the British rock singer and songwriter Elvis Costello, released in the United Kingdom as Demon Records XFIEND 80, and in the United States as Columbia 40518. It is his ninth album with his long-standing backing band known as ‘The Attractions’. After his previous album King of America with producer T-Bone Burnett and different musicians, this album reunited him with producer Nick Lowe and his usual backing group the Attractions. It peaked at No. 16 on the UK Albums Chart, and No. 84 on the Billboard 200. In The Village Voice‘s annual Pazz & Jop critics poll for the year’s best albums, Blood & Chocolate finished at number 9. The album was also included in the book 1001 Albums You Must Hear Before You Die. In 2000 it was voted number 475 in Colin Larkin’s All Time Top 1000 Albums.

The recording of Blood & Chocolate was troubled, as the relationship between Costello and the Attractions had deteriorated during sessions for King of America. The album was recorded at concert-level volume in a way Costello felt suited the material.