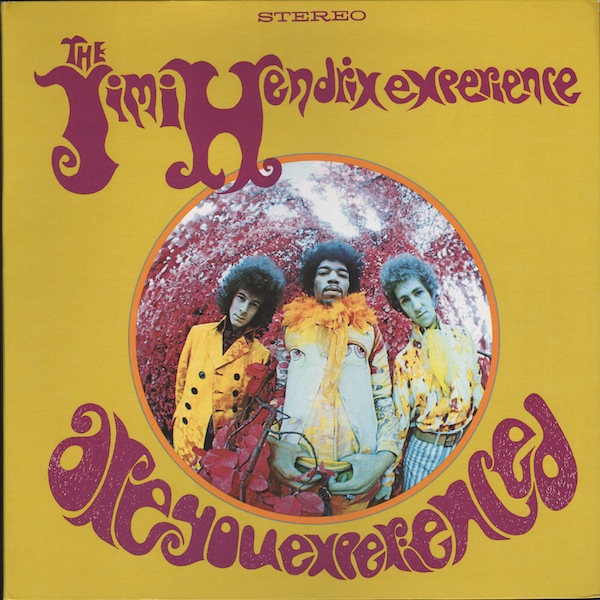 Jimi Hendrix – Are You Experienced

Are You Experienced is the debut studio album by the Jimi Hendrix Experience. Released in 1967, the LP was an immediate critical and commercial success, and it is widely regarded as one of the greatest debuts in the history of rock music. The album features Jimi Hendrix’s innovative approach to songwriting and electric guitar playing which soon established a new direction in psychedelic and hard rock music.

After struggling to earn a living on the R&B circuit as a backing guitarist, Hendrix signed a management and production contract in 1966 with former Animals member Chas Chandler and ex-Animals manager Michael Jeffery. Chandler brought Hendrix to London and recruited members for the Jimi Hendrix Experience, a band designed to showcase the guitarist’s talents. In late October, after having been rejected by Decca Records, the Experience signed with Track, a new label formed by the Who’s managers Kit Lambert and Chris Stamp. Are You Experienced and its preceding singles were recorded over a five-month period from late October 1966 through early April 1967. The album was completed in 16 recording sessions at three London locations, including De Lane Lea Studios, CBS Studios, and Olympic Studios.

Released in the UK on May 12, 1967, Are You Experienced spent 33 weeks on the charts, peaking at number two. The album was issued in the US on August 23 by Reprise Records, where it reached number five on the US Billboard Top LPs, remaining on the chart for 106 weeks, 27 of those in the Top 40. The album also spent 70 weeks on the US Billboard Hot R&B LPs chart, where it peaked at number 10. The US version contained some of Hendrix’s best known songs, including the Experience’s first three singles, which, though omitted from the British edition of the LP, were top ten hits in the UK: “Purple Haze”, “Hey Joe”, and “The Wind Cries Mary”. Hendrix was unhappy with the cover artwork for the UK edition, and solicited photographer Karl Ferris to create a more “psychedelic” cover for the US release.

In 2000, it was voted number 63 in Colin Larkin’s All Time Top 1000 Albums. Rolling Stone ranked Are You Experienced 30th on its 2020 list of the 500 Greatest Albums of All Time. In 2010, the magazine placed four songs from the album on their list of the 500 Greatest Songs of All Time: “Purple Haze” (17), “Foxy Lady” (153), “Hey Joe” (201), and “The Wind Cries Mary” (379). In 2005, the record was one of 50 recordings chosen by the Library of Congress in recognition of its cultural significance to be added to the National Recording Registry. Writer and archivist Reuben Jackson of the Smithsonian Institution wrote: “it’s still a landmark recording because it is of the rock, R&B, blues … musical tradition. It altered the syntax of the music … in a way I compare to James Joyce’s Ulysses.”