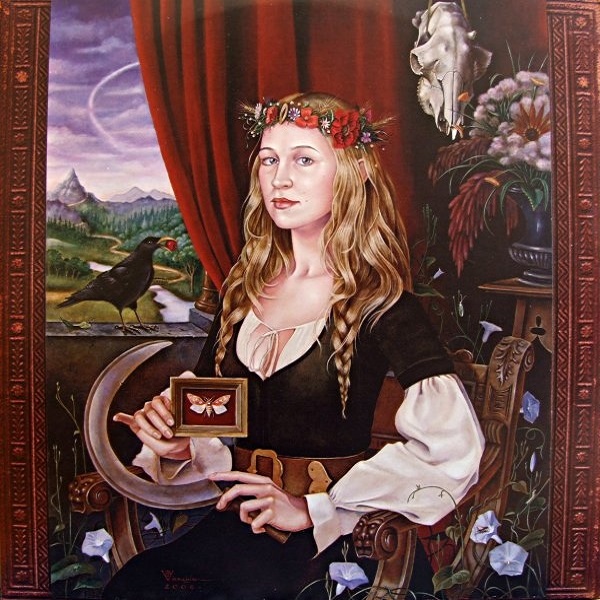 Ys ( EESS) is the second studio album by American musician Joanna Newsom. It was released by Drag City on November 6, 2006. The album was produced by Newsom and Van Dyke Parks, recorded by Steve Albini, mixed by Jim O’Rourke, with accompanying orchestral arrangements by Van Dyke Parks. It features guest vocals from Bill Callahan and Emily Newsom. The vocals and harp were recorded at The Village Recording Studio in Los Angeles in December 2005, with the orchestration being recorded between May and June 2006 at the Entourage Studios in Los Angeles.

The album consists of five tracks with song durations ranging from 7 to 17 minutes that deal with events and people who had been important in Newsom’s life in the year previous to recording. These events include the sudden death of Newsom’s best friend, a continuing illness and a tumultuous relationship. The album was named after the city of Ys, which according to myth was built on the coast of Brittany and later swallowed by the ocean. The album’s title was the last element to be confirmed and was a result of a dream that Joanna had which featured the letters Y and S and a book recommended by a friend that contained reference to the myth.

Ys received acclaim. It was Newsom’s first album to chart in the Billboard 200, where it peaked at number 134, and charted in the United Kingdom, France, Norway and Ireland. It has featured on several music publications’ lists of the greatest albums.

Join Waitlist We will inform you when the product arrives back in stock. Please leave your valid email address below.
SKU: 200051 Categories: New Records, Rock Tag: Singer/Songwriter