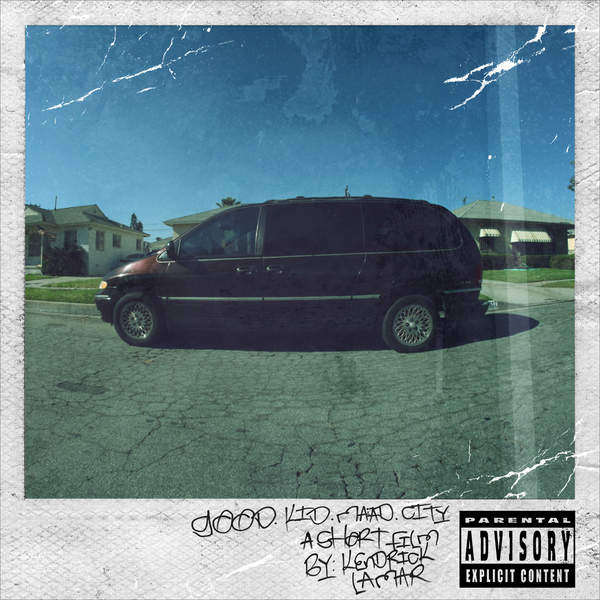 Good Kid, M.A.A.D City was recorded mostly at several studios in California, with producers such as Dr. Dre, Just Blaze, Pharrell Williams, Hit-Boy, Scoop DeVille, Jack Splash, and T-Minus, among others, contributing to the album. Billed as a “short film by Kendrick Lamar” on the album cover, the concept album follows the story of Lamar’s teenage experiences in the drug-infested streets and gang lifestyle of his native Compton. The album earned Lamar four Grammy Award nominations at the 2014 Grammy Awards, including Album of the Year.

The album was supported by five singles – “The Recipe”, “Swimming Pools (Drank)”, “Backseat Freestyle”, “Poetic Justice”, and “Bitch, Don’t Kill My Vibe”. All five singles achieved chart success of varying degrees. Lamar also went on a world tour between May and August 2013, featuring the other members of the hip hop collective, Black Hippy.

Good Kid, M.A.A.D City received widespread acclaim from critics, who praised its thematic scope and Lamar’s lyrics. The album debuted at number two on the US Billboard 200, selling 242,000 copies in its first week – earning the highest first-week hip hop album sales of 2012 from a male artist. It became Lamar’s first album to enter the UK Albums Chart, peaking at number 16, and entering the UK R&B Albums Chart at number two. The album was also named to many end-of-the-year lists, often topping them. It was later certified triple platinum by the Recording Industry Association of America (RIAA). In 2020, the album was ranked 115th on Rolling Stone‘s updated list of the 500 Greatest Albums of All Time.