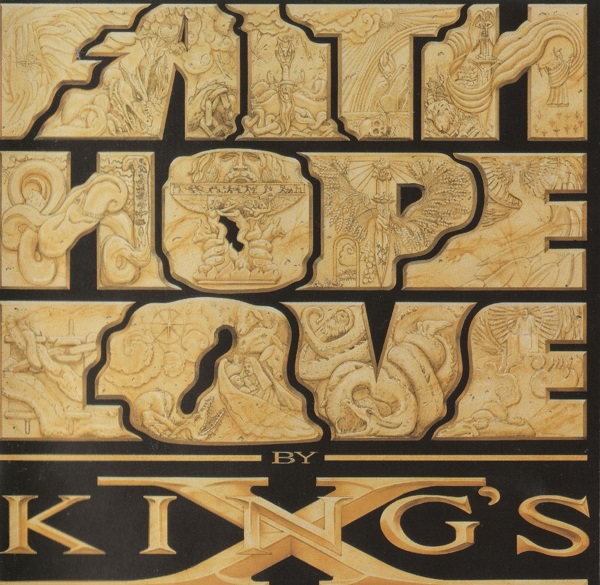 Faith Hope Love is the third studio album by the American rock band King’s X. King’s X is an American rock band that originated in 1979 in Springfield, Missouri. They were first called The Edge and later became Sneak Preview before settling on its current name in 1985. The band’s current lineup has remained intact for more than three decades, consisting of vocalist and bassist Doug Pinnick, drummer Jerry Gaskill and guitarist Ty Tabor. Their music combines progressive metal, funk and soul with vocal arrangements influenced by gospel, blues, and British Invasion rock groups. Despite a largely underground reputation as the “musician’s musicians”, King’s X was pivotal in the early development of progressive metal, and produced a series of early records considered essential within the genre. The band’s lyrics are largely based on the members’ struggles with religion and self-acceptance. King’s X was ranked No. 83 on VH1’s 100 Greatest Artists of Hard Rock.