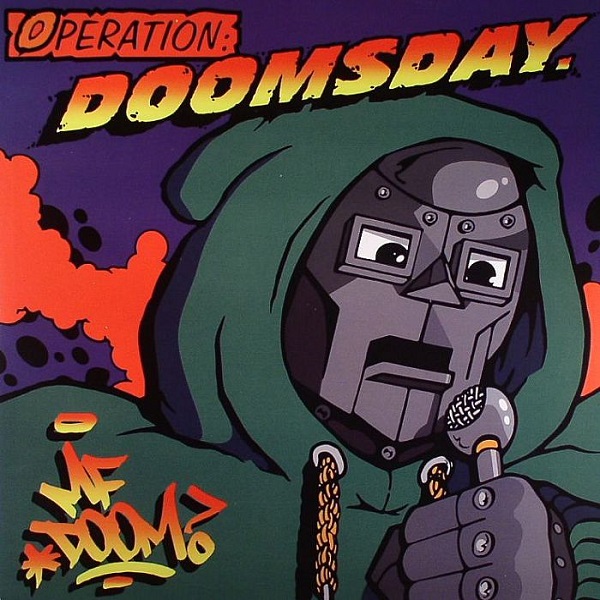 Operation: Doomsday is the debut studio album by rapper MF Doom, marking his return to the hip hop scene after the demise of his group KMD. The album was released through Fondle ‘Em Records on 19 October 1999 and reissued by Sub Verse Records in 2001 with a slightly altered track listing. Operation: Doomsday is regarded as one of the most influential albums in independent hip-hop history.

Operation: Doomsday has been heralded as an underground classic that established MF Doom’s rank within the underground hip-hop scene during the early to mid-2000s. The album has had a vast, long-lasting influence on contemporary underground rap and independent hip-hop artists. Writing for streaming service Tidal, Dylan Green and Donna-Claire Chesman called the album, “a blueprint for all of independent rap.” They cite the “dusty cartoon samples” of its lo-fi production, MF Doom’s preference for keeping anonymous, his “stream-of-consciousness flows” and the self-sustenance ethos that led to self-producing the entire studio album himself as essential elements both driving Operation: Doomsday as well as serving a source of inspiration for countless artists worldwide.