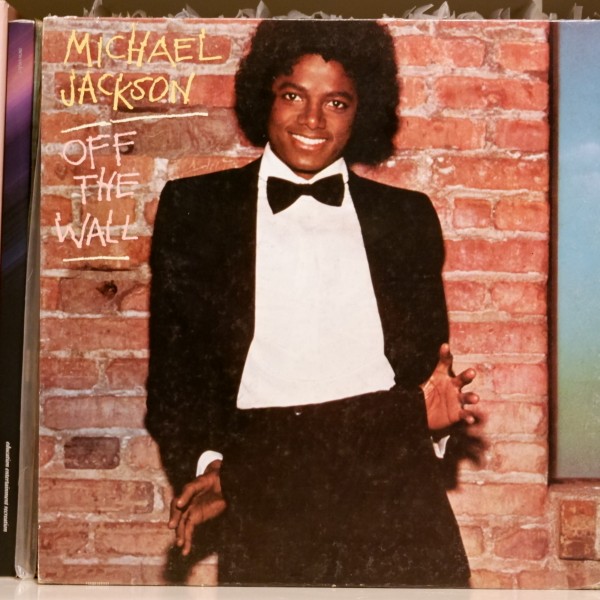 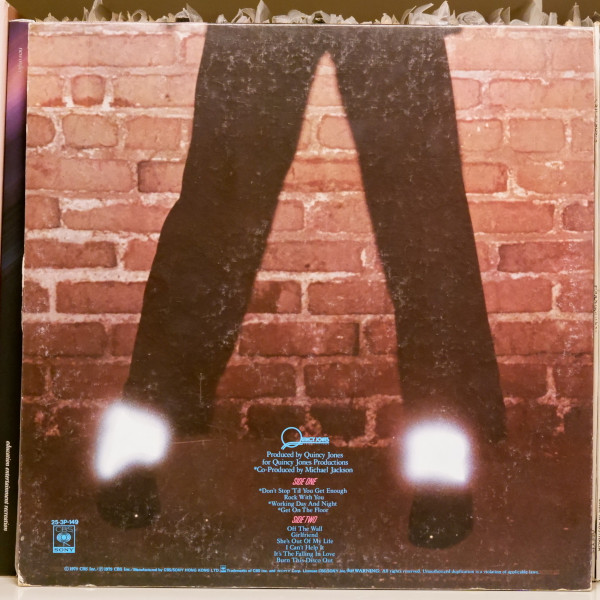 Michael Jackson – Off The Wall G+/VG

Off the Wall is the fifth solo studio album by American singer Michael Jackson, released on August 10, 1979, by Epic Records. It was Jackson’s first album released through Epic Records, the label he recorded under until his death in 2009, and the first produced by Quincy Jones, whom he met while working on the 1978 film The Wiz. Several critics observed that Off the Wall was crafted from disco, pop, funk, R&B, soft rock and Broadway ballads. Its lyrical themes include escapism, liberation, loneliness, hedonism and romance. The album features songwriting contributions from Stevie Wonder, Paul McCartney, Rod Temperton, Tom Bahler, and David Foster, alongside three tracks penned by Jackson himself.

Between 1972 and 1975, Jackson released a total of four solo studio albums with Motown as part of The Jackson 5 franchise: Got to Be There (1972), Ben (1972), Music & Me (1973) and Forever, Michael (1975). Before recording his next album, which came to be Off the Wall, Jackson desired to create a record not sounding like a Jacksons record, but rather showcasing creative freedom and individualism. Off the Wall peaked at number three on the Billboard Top LPs & Tapes chart and number one on the Top Black Albums chart, staying at number one on the latter for 16 weeks, and was an enormous critical success. Five singles were released from the album. Jackson wrote three songs, including the Billboard Hot 100 number-one single “Don’t Stop ‘Til You Get Enough”, his first solo number-one single since “Ben” seven years prior. The second single, “Rock with You” also topped the chart. With the “Off the Wall” and “She’s Out of My Life” reaching the top 10, Jackson became the first solo artist to have four singles from the same album reach the top 10 of the Billboard Hot 100.

Off the Wall was a significant departure from Jackson’s previous work for Motown and was hailed as a major breakthrough for him. In retrospect, writers have hailed it a landmark release of the disco era and one of the greatest albums of all time. Critics often debate whether it or Thriller is Jackson’s best album. Off the Wall has sold over 20 million copies worldwide, making it one of the best-selling albums of all time. On February 2, 2021, it was certified 9× platinum by the Recording Industry Association of America (RIAA). At the 1980 Grammy Awards, it was nominated for two Grammy Awards, with Jackson winning Best R&B Vocal Performance, Male for “Don’t Stop ‘Til You Get Enough”. In 2008, Off the Wall was inducted into the Grammy Hall of Fame.

A bit poppy in parts (boom-tish)