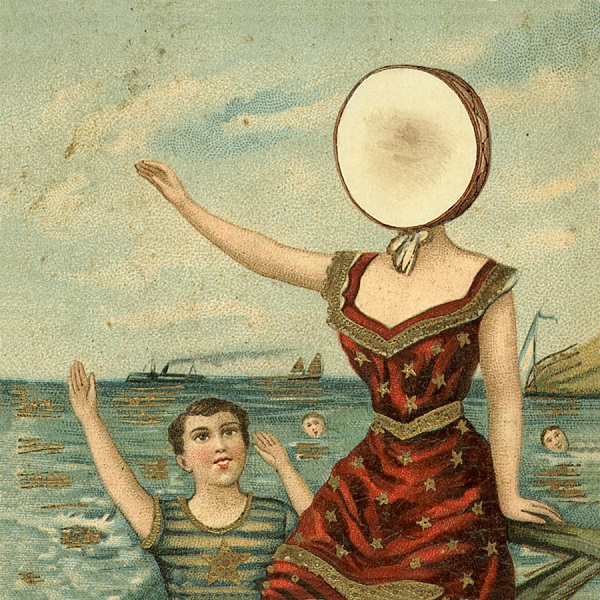 Neutral Milk Hotel – In the Aeroplane Over the Sea

In the Aeroplane Over the Sea is the second album by American rock band Neutral Milk Hotel, released on February 10, 1998 by Merge Records. The music is predominantly indie rock and psychedelic folk, and is characterized by an intentionally low quality sound. Traditional instruments like the guitar and drums are paired with less conventional instruments such as a singing saw, zanzithophone, and uilleann pipes. The lyrics are surrealistic and opaque, with themes ranging from nostalgia to love.

In the Aeroplane Over the Sea was recorded at Pet Sounds Studio between July to September 1997. Producer Robert Schneider worked with bandleader Jeff Mangum to improve upon the low-quality sound of the band’s debut album On Avery Island. As Schneider could not afford basic studio equipment, he developed a recording technique that involved heavy compression. To promote the album, Neutral Milk Hotel undertook a tour of North America and Europe, and developed a reputation for chaotic and physically demanding performances.

Critics were mostly positive, but not laudatory. Over the next few years, the album gained an online cult following, and Mangum struggled to cope with his newfound stardom. He grew tired of performing and explaining his lyrics, and disappeared from the public eye. In the Aeroplane Over the Sea went on to receive critical acclaim, and is described by music journalists as a landmark album for indie rock and as one of the best albums of the 1990s.