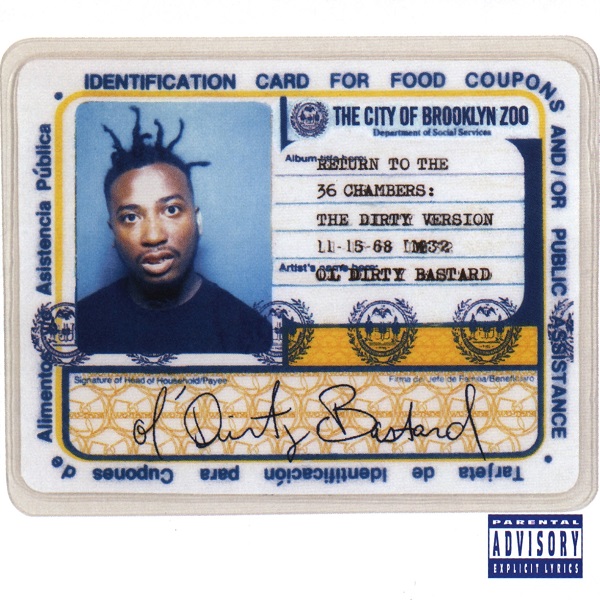 Return to the 36 Chambers: The Dirty Version is the solo debut album of American rapper and Wu-Tang Clan member Ol’ Dirty Bastard, released March 28, 1995 on Elektra Records in the United States. It was the second solo album, after Method Man’s Tical to be released from the nine-member Wu-Tang Clan following the release of their debut album. Return to the 36 Chambers was primarily produced by RZA, with additional production from Ol’ Dirty Bastard, and affiliates True Master and 4th Disciple. The album features guest appearances from Wu-Tang Clan members GZA, RZA, Method Man, Raekwon, Ghostface Killah and Masta Killa as well as Wu-Tang Killa Beez.

Return to the 36 Chambers: The Dirty Version peaked at number seven on the Billboard 200 and number two on the Top R&B/Hip-Hop Albums chart. The album sold 81,000 copies in its first week, and was certified Platinum in sales by the Recording Industry Association of America (RIAA) on March 26, 2019. Upon its release, the album received positive reviews from most music critics, with many complimenting Ol’ Dirty Bastard’s bizarre lyrical delivery and RZA’s eerie production. The album was nominated for Best Rap Album at the 1996 Grammy Awards.