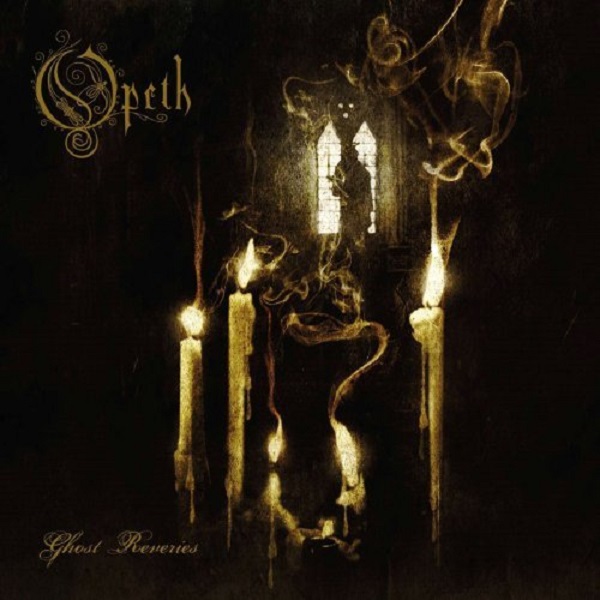 Ghost Reveries is the eighth studio album by Swedish progressive metal band Opeth. It was released on 29 August 2005. It was their first album after signing with Roadrunner Records, and first album since Still Life (1999) to not be produced by Steven Wilson.

Ghost Reveries is the first album by Opeth to include keyboardist Per Wiberg as a “permanent” member (although Wiberg contributed keyboard work to Opeth’s live performances starting around the time of Lamentations), and it is the last Opeth album to include drummer Martin Lopez and long-time guitarist Peter Lindgren.

Ghost Reveries was named the best album of 2005 by Metal Hammer. It was also ranked No. 1 on PopMatters “Best Metal Albums of 2005” and on webzine Metal Storm. Ghost Reveries appeared on many end of year lists, including Kerrang!, Terrorizer, Drowned In Sound and The Village Voice’s Pazz & Jop poll. In a retrospective list, Loudwire named it the best metal album of 2005.

In 2014, TeamRock put Ghost Reveries at #46 on their “Top 100 Greatest Prog Albums of All Time” list commenting that “this was a partial concept album, with Satanism as its theme. It’s now regarded as one of the defining albums of 21st-century progressive metal.” Loudwire placed the album at #3 on their “Top 100 Hard Rock and Heavy Metal Albums of the 21st Century” list, only being beaten out by System of a Down’s Toxicity (#2) and Tool’s Lateralus (#1).

Join Waitlist We will inform you when the product arrives back in stock. Please leave your valid email address below.
SKU: 200073 Categories: Metal, New Records Tags: Death Metal, Progressive Metal