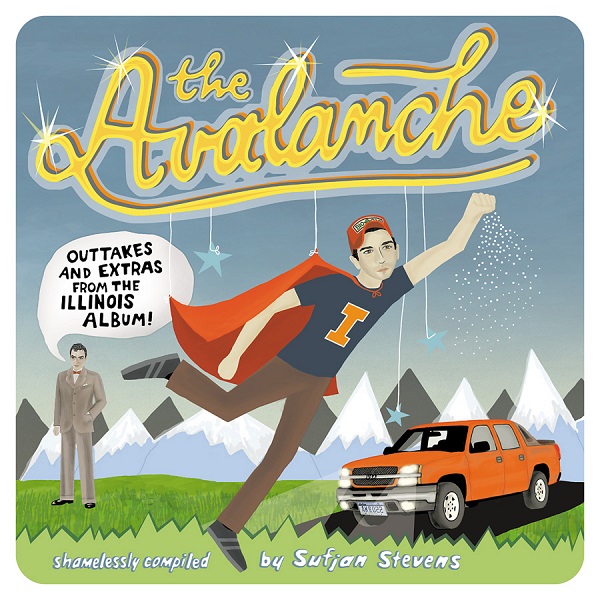 The Avalanche (styled The Avalanche: Outtakes and Extras from the Illinois Album! on the cover) is a 2006 compilation album by indie rock singer/songwriter Sufjan Stevens, consisting of outtakes and other recordings from the sessions for his album Illinois, released the previous year. The title song “The Avalanche” was also a bonus track on the Illinois vinyl and iTunes release.