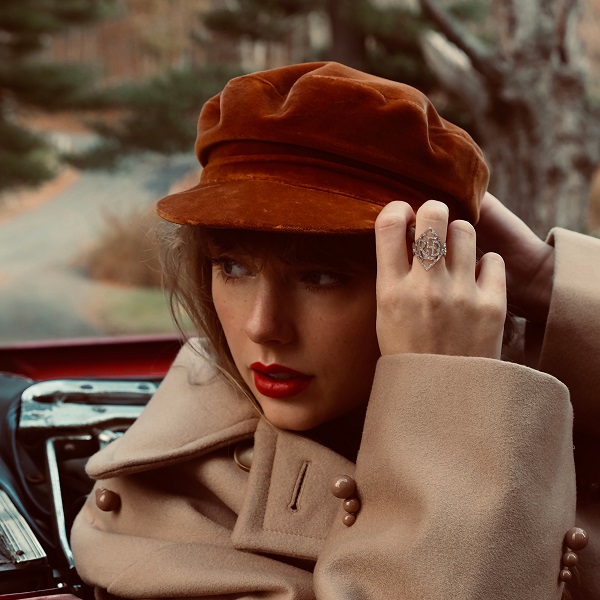 Red (Taylor’s Version) is the second re-recorded album by American singer-songwriter Taylor Swift. It was released on November 12, 2021, through Republic Records, as the re-recording of Swift’s fourth studio album, Red (2012), and the follow-up to her first re-recorded album Fearless (Taylor’s Version). The release is part of Swift’s decision to counter the purchase of the masters of her back catalog.

The 30-track Red (Taylor’s Version) includes the re-recorded versions of 20 songs from the deluxe edition of Red and the 2012 charity single “Ronan”; the 10-minute-long, unabridged version of “All Too Well”; Swift’s own recordings of “Better Man” (2016) and “Babe” (2018), both of which she wrote but had given off to other performers; and six previously unreleased “From the Vault” tracks. All of the producers of Red, except Nathan Chapman and Max Martin, returned to produce the re-recorded album alongside new inputs from Christopher Rowe, Aaron Dessner, Jack Antonoff, Espionage, and Elvira Anderfjärd. Phoebe Bridgers and Chris Stapleton joined the album as guest vocalists alongside original features from Gary Lightbody and Ed Sheeran.

The album was met with widespread acclaim. Music critics described it as a classic pop record incorporating country, rock and electronic flairs, with themes exploring various dynamics of love, life, loss and heartache. Swift’s vocals, the enhanced production quality, and the new tracks were frequent points of compliment in the reviews. Red (Taylor’s Version) broke a string of commercial records, including the biggest vinyl sales week in MRC Data history and the Spotify record for the most single-day streams for an album by a female artist. It topped the charts in Argentina, Australia, Canada, Ireland, New Zealand, Norway, Scotland, and the United Kingdom. In the United States, it was Swift’s fourth number-one on the Billboard 200 chart in less than 16 months, making her the fastest artist to collect four number-on albums.

Swift promoted the album with televised appearances on NBC and a self-directed short film called All Too Well: The Short Film. The vault songs “I Bet You Think About Me” and “Message in a Bottle” were released as country and pop radio singles, respectively. In its first charting week, Red (Taylor’s Version) saw all of its 28 tracks chart on the US Billboard Hot 100, garnering the record for the most single-week new entries by an artist. “All Too Well (10 Minute Version)” became Swift’s eighth number-one song on the Hot 100 and the longest number-one song of all time—a feat recognized in the Guinness World Records. Various journalists have highlighted Red (Taylor’s Version) as a key pop culture moment of 2021.