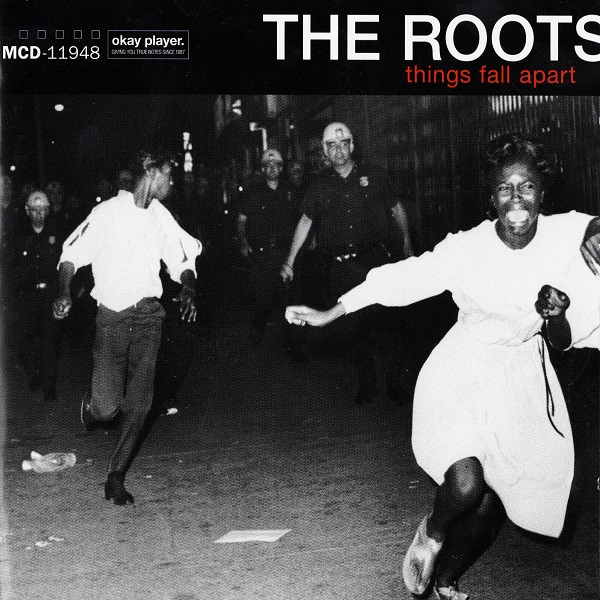 Things Fall Apart is the fourth studio album by American hip hop band The Roots, released on February 23, 1999 by MCA Records. Recording sessions for the album took place at Electric Lady Studios during 1997 to 1998, coinciding with recording for other projects of the Soulquarians collective, including D’Angelo’s Voodoo (2000), Erykah Badu’s Mama’s Gun (2000), and Common’s Like Water for Chocolate (2000). According to Spin magazine, the album is a landmark moment for The Roots and the collective, as it “swelled the Roots clique into a movement-style posse”.

The album has been considered by music writers as The Roots’ breakthrough album, earning praise from major publications and critics, while becoming the group’s first record to sell over 500,000 copies. It includes the song “You Got Me”, which won the 2000 Grammy Award for Best Rap Performance by a Duo or Group, while Things Fall Apart was also nominated for the Grammy Award for Best Rap Album of the same year, losing to Eminem for The Slim Shady LP. Rolling Stone called it a “top-flight record”, while AllMusic cited it as “one of the cornerstone albums of alternative rap.” The album takes its title from Chinua Achebe’s novel of the same name, which in turn took the phrase from William Butler Yeats’s poem “The Second Coming”. On April 5, 1999, Things Fall Apart was certified Gold by the Recording Industry Association of America (RIAA) for shipments of 500,000 units and on April 22, 2013, fourteen years after its release, the album was certified Platinum by the Recording Industry Association of America for shipments of 1,000,000 units.