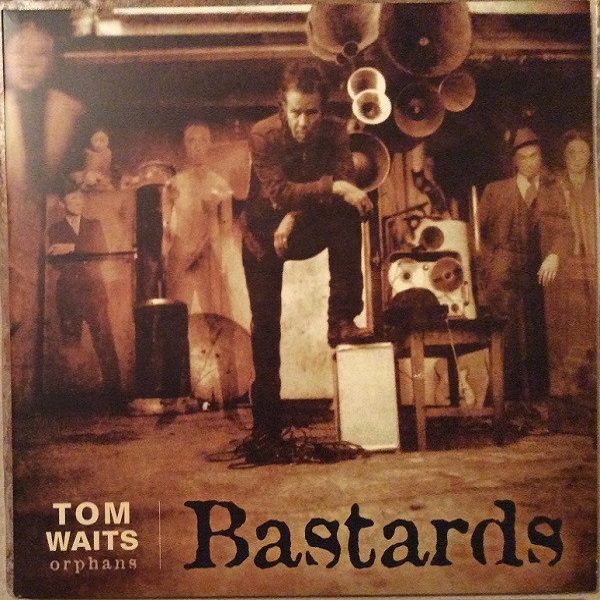 Orphans: Brawlers, Bawlers & Bastards is a limited edition three [record] set by Tom Waits, released by the ANTI- label on November 17, 2006 in Europe and on November 21, 2006 in the United States.

The album is divided into three sections, with each [album] being a separate collection in its own. It borrows from Tom Waits’s rock sound, with the first disc (Brawlers) being blues and rock-based, the second (Bawlers) centred on slow-tempo, melancholic ballads, and the third (Bastards) on more experimental compositions. Additionally, the record contains influences of other genres, including folk, gospel, jazz and roots music. Orphans: Brawlers, Bawlers and Bastards received universal acclaim from critics, who lauded its experimentation and composition, as well as Waits’s vocals. It was listed as one of the highest-scoring albums of the year in Metacritic, and was nominated for a Grammy Award for Best Contemporary Folk Album. Furthermore, it was a fair commercial success, charting in the United States Billboard 200, as well as in Australia, Switzerland and Austria, reaching the top twenty in the latter.