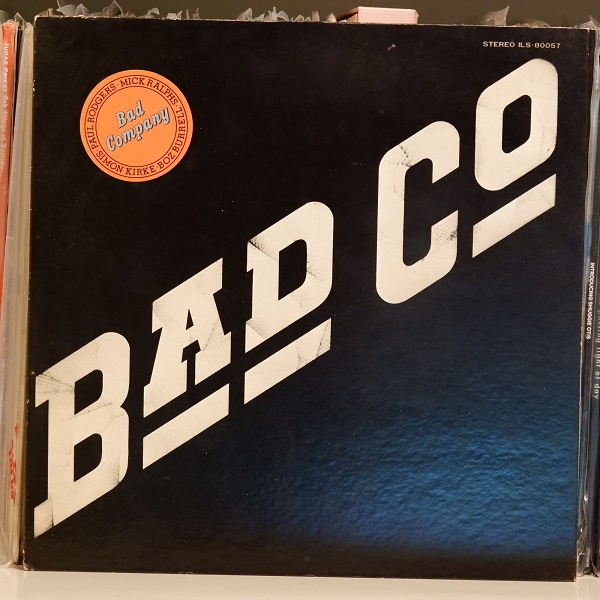 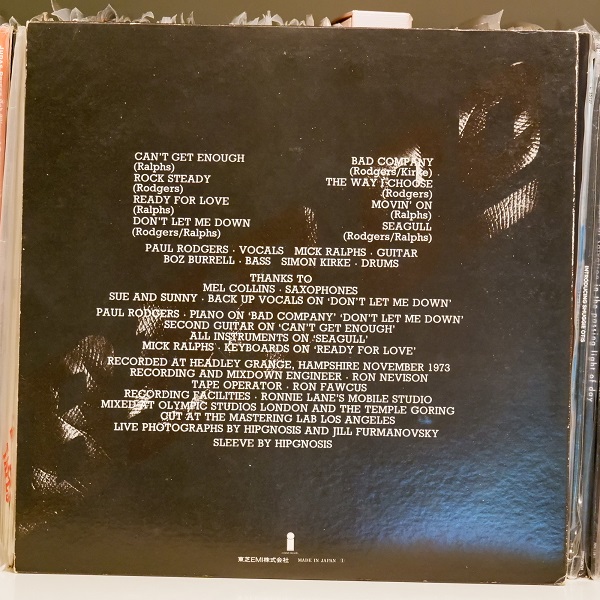 Bad Company is the debut studio album by the English hard rock supergroup Bad Company. The album was recorded at Headley Grange with Ronnie Lane’s Mobile Studio in November 1973.

The album reached the top of the US Billboard 200. Since then, the album has been certified five times platinum by the RIAA, and became the 46th best selling album of the 1970s. The album spent 25 weeks in the UK Albums Chart, entering at No. 10 on June 15 1974, and reaching its highest position of No. 3 in the second week. Kerrang! [my edit – obviously know nothing of metal, this is blues rock!] magazine listed the album at No. 40 among the “100 Greatest Heavy Metal Albums of All Time”. The album was also included in the book 1001 Albums You Must Hear Before You Die. In 2000 it was voted number 323 in Colin Larkin’s All Time Top 1000 Albums.

The singles “Can’t Get Enough” and “Movin’ On” peaked at No. 5 and No. 19 on the Billboard Hot 100, respectively. “Rock Steady”, “Bad Company” and “Ready for Love” (the last originally recorded by guitarist Mick Ralphs during his tenure with Mott the Hoople on their 1972 album All the Young Dudes) are also classic rock radio staples.