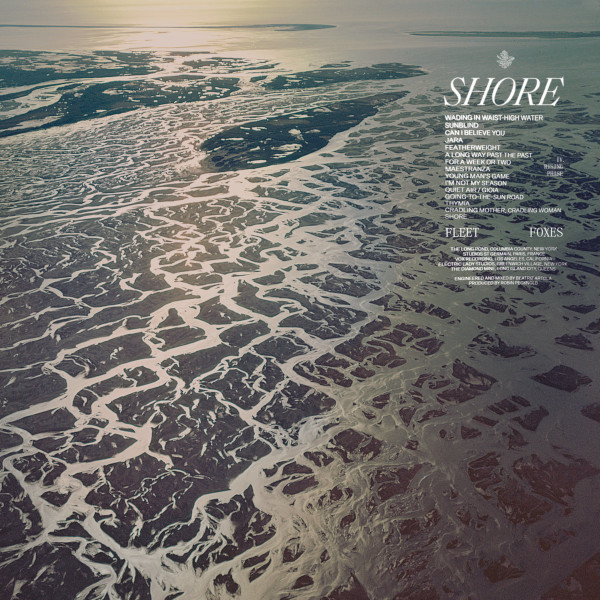 Shore is the fourth studio album by American folk band Fleet Foxes. It was announced one day in advance of its release, and was intentionally released exactly at the autumnal equinox on September 22, 2020. It is the follow-up to their 2017 album Crack-Up and is the band’s first release on Anti- Records. It is the band’s second album since regrouping in 2016 after a three-year hiatus.

Frontman Robin Pecknold began writing Shore in September 2018 and recorded the album between September 2019 and September 2020, including during the COVID-19 pandemic. Pecknold produced the album, working alongside recording and mixing engineer Beatriz Artola. It was made by Pecknold without the other members of the band and features a “brighter” sound than their previous work. Shore features a number of collaborators, including other vocalists. Pecknold has called the album a celebration of “life in the face of death”.

Shore received widespread acclaim from the music critics and appeared on several year-end lists. It is nominated for the Best Alternative Music Album at the 64th Annual Grammy Awards.