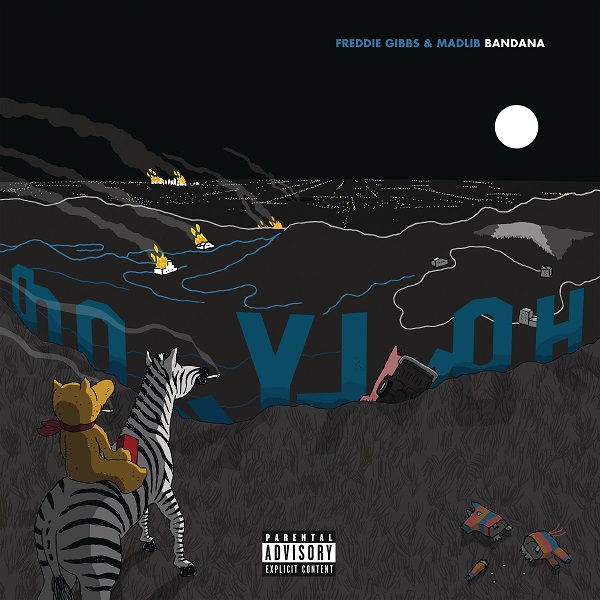 Bandana is the second collaborative studio album by American rapper Freddie Gibbs and record producer Madlib. It was released on June 28, 2019, by ESGN, Keep Cool Records, Madlib Invazion, and RCA Records. Entirely produced by Madlib, it is the follow up to their critically acclaimed 2014 album Piñata, and their sixth project as MadGibbs overall. The album features guest appearances from Pusha T, Killer Mike, Anderson .Paak, Yasiin Bey, and Black Thought.

Bandana was met with widespread critical acclaim. Accompanied by a perfect score, Dean Van Nguyen of The Guardian described the album as “unvarnished and utterly dazzling hip-hop”, highlighting Gibbs’ performance and the production and direction of Madlib. Thomas Hobbs of NME labelled Bandana the “best rap album of 2019”, praising Gibbs’ improved lyricism compared to Piñata and Madlib’s inventive use of samples: “On Bandana, Gibbs hits another level as a lyricist. He still makes an art out of violent imagery (on the potent “Flat Tummy Tea” he threatens to stab “white Jesus” with a sword), but now has developed much more of a philosophical edge, too. Gibbs’ bars, with which he triumphantly talks about going from food stamps to making millions, are inspiring and have a real resilience about them.” Hobbs concluded: “The chemistry between Madlib and Gibbs is perfect and there’s a timelessness to these songs that will make you think of raw black cinematic worlds such as Super Fly or Truck Turner. Gibbs is basically Isaac Hayes if he could spit a hot 16, his union with Madlib proves opposites really do attract.”

Join Waitlist We will inform you when the product arrives back in stock. Please leave your valid email address below.
SKU: 200099 Categories: Hip Hop, New Records Tag: Gangsta Rap