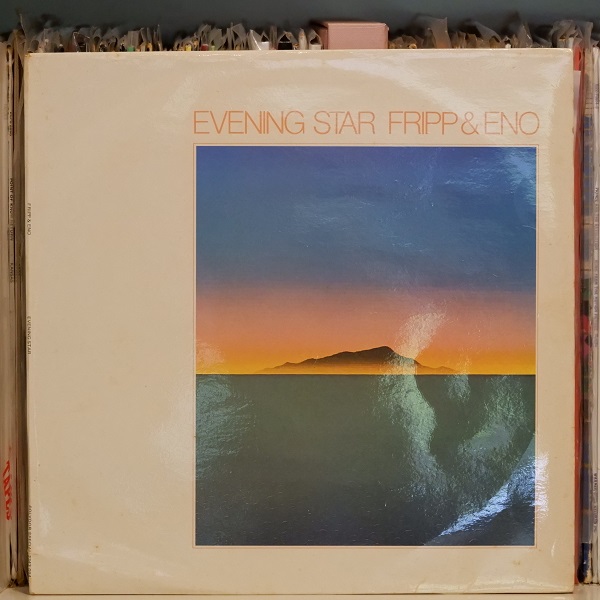 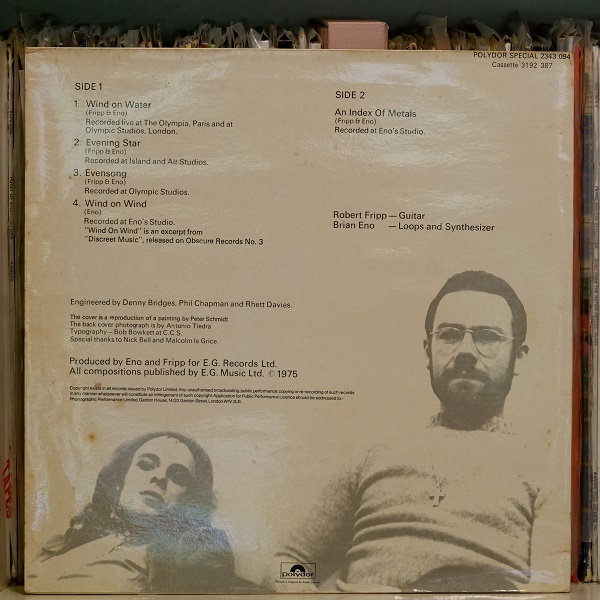 Evening Star is the second studio album by British musicians Robert Fripp and Brian Eno. It was recorded from 1974 to 1975 and released in December 1975 by Island Records.

This album’s recording and the preceding seven-show European tour by Fripp and Eno marked Fripp’s first output after disbanding King Crimson and his last before temporarily retiring from music (at the time thought to be permanently) to study at the International Academy for Continuous Education in Sherborne House.