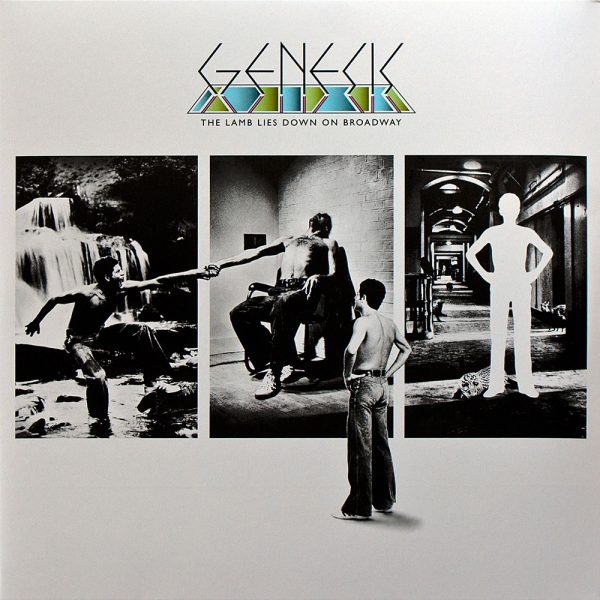 Genesis – The Lamb Lies Down on Broadway

The Lamb Lies Down on Broadway is the sixth studio album by the English progressive rock band Genesis. It was released as a double album on 18 November 1974 by Charisma Records and is their last to feature original frontman Peter Gabriel. It peaked at No. 10 on the UK Albums Chart and No. 41 on the Billboard 200 in the US.

While the band worked on new material at Headley Grange for three months, they decided to produce a concept album with a story devised by Gabriel about Rael, a Puerto Rican youth from New York City who is suddenly taken on a journey of self-discovery and encounters bizarre incidents and characters along the way. The album was marked by increased tensions within the band as Gabriel, who insisted on writing all of the lyrics, temporarily left to work with filmmaker William Friedkin and needed time to be with his family. Most of the songs were developed by the rest of the band through jam sessions and were put down at Glaspant Manor in Wales using a mobile studio.

The album received a mixed critical reaction at first, but it gained acclaim in subsequent years and has a cult following.