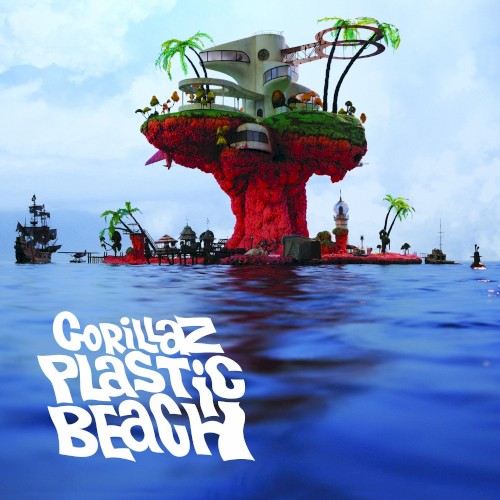 Plastic Beach is the third studio album by British virtual band Gorillaz. It was released on 3 March 2010 by Parlophone internationally and by Virgin Records in the United States. Conceived from an unfinished project called Carousel, the album was recorded from June 2008 to November 2009, and was produced primarily by group co-creator Damon Albarn. It features guest appearances by such artists as Snoop Dogg, Gruff Rhys, De La Soul, Bobby Womack, Mos Def, Lou Reed, Mark E. Smith, Bashy, Kano and Little Dragon.

Plastic Beach received mostly positive reviews, and was later named one of the decade’s best albums by several critics. The album debuted at number two on the UK Albums Chart, selling approximately 74,432 copies in its first week. It debuted at number two on the US Billboard 200 with 112,000 copies sold in its first week; overall it reached the top 10 in 22 countries in total.