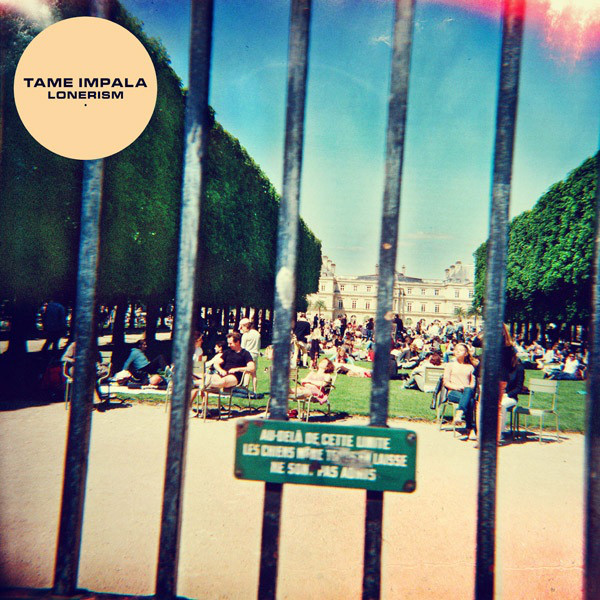 Lonerism is the second studio album by Australian musical project Tame Impala, released on 5 October 2012 by Modular Recordings. Like the band’s debut studio album, Innerspeaker (2010), Lonerism was written, recorded, performed, and produced by Kevin Parker, with live member Jay Watson contributing on two tracks. Recorded mostly in Perth, Australia, and Paris, France, Lonerism builds on the psychedelic sound of its predecessor and features fewer guitars and more synthesisers and samples. Parker attempted to incorporate his love for pop music into his songwriting for the record through catchier melodies. Many tracks feature ambient sounds recorded by Parker with a dictaphone. The album’s theme of isolation is reflected in the album cover, featuring an image of a fenced-off Jardin du Luxembourg in Paris.

Lonerism received critical acclaim, and many critics ranked it among the best albums of 2012. It reached number four on the charts in Australia, number 14 in the United Kingdom, and number 34 in the United States. It has sold over 210,000 copies in the United States, and is certified platinum in Australia and silver in the UK. At the 2013 ARIA Awards, Lonerism won Best Rock Album and Album of the Year, while at the 56th Annual Grammy Awards, it was nominated for Best Alternative Music Album. Three singles were released, including “Elephant” and “Feels Like We Only Go Backwards”, which charted in several countries.

At the J Awards of 2012, the album won Australian Album of the Year.