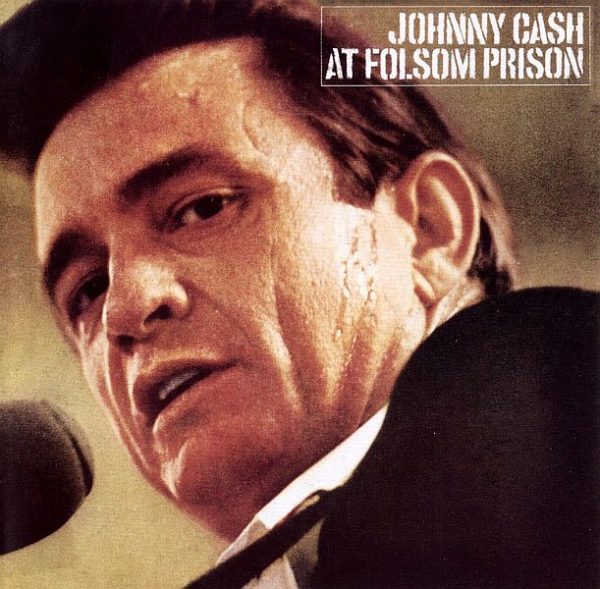 ohnny Cash at Folsom Prison is the first live album by American singer-songwriter Johnny Cash, released on Columbia Records on May 6, 1968. After his 1955 song “Folsom Prison Blues”, Cash had been interested in recording a performance at a prison. His idea was put on hold until 1967, when personnel changes at Columbia Records put Bob Johnston in charge of producing Cash’s material. Cash had recently controlled his drug abuse problems, and was looking to turn his career around after several years of limited commercial success. Backed by June Carter, Carl Perkins, and the Tennessee Three, Cash performed two shows at Folsom State Prison in California on January 13, 1968. The album consists of 15 songs from the first show and two from the second.

Despite little initial investment by Columbia, Johnny Cash at Folsom Prison was a hit in the United States, reaching number one on the country charts and the top 15 of the national album chart. The lead single, a live version of “Folsom Prison Blues”, was a top 40 hit, Cash’s first since 1964’s “Understand Your Man”. At Folsom Prison received positive reviews and revitalized Cash’s career, becoming the first in a series of live albums recorded at prisons that includes At San Quentin (1969), På Österåker (1973), and A Concert Behind Prison Walls (1976).

Join Waitlist We will inform you when the product arrives back in stock. Please leave your valid email address below.
SKU: 200320 Categories: New Records, Singer/Songwriter Tag: Country