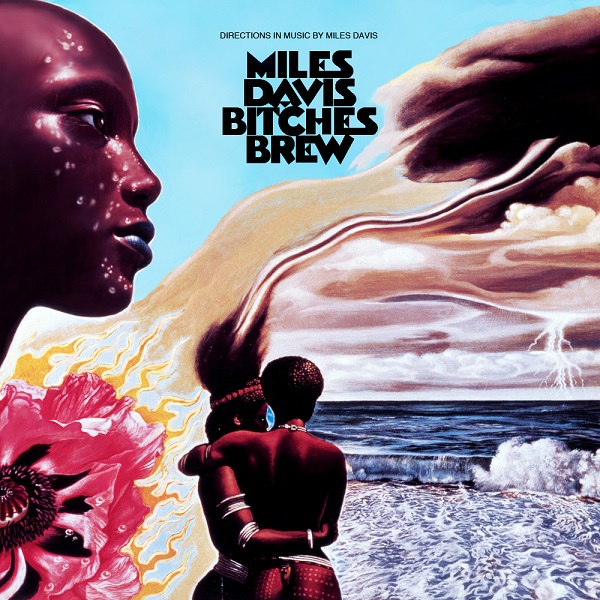 Bitches Brew is the twenty-seventh full-length studio album by American jazz trumpeter Miles Davis, released on March 30, 1970 on Columbia Records. It marked his continuing experimentation with electric instruments that he had featured on his previous record, the critically acclaimed In a Silent Way (1969). With these instruments, such as the electric piano and guitar, Davis departed from traditional jazz rhythms in favor of loose, rock-influenced arrangements based on improvisation.

The album initially received a mixed response, but it gained momentum and became Davis’s highest-charting album on the U.S. Billboard 200, peaking at No. 35. In 1971, it won a Grammy Award for Best Large Jazz Ensemble Album. In 1976, it became Davis’ first gold album to be certified by the Recording Industry Association of America.

In subsequent years, Bitches Brew gained recognition as one of jazz’s greatest albums and a progenitor of the jazz rock genre, as well as a major influence on rock and ’70s crossover musicians. In 1998, Columbia released The Complete Bitches Brew Sessions, a four-disc box set that includes the original album and previously unreleased material. In 2003, the album was certified platinum, reflecting shipments of one million copies.