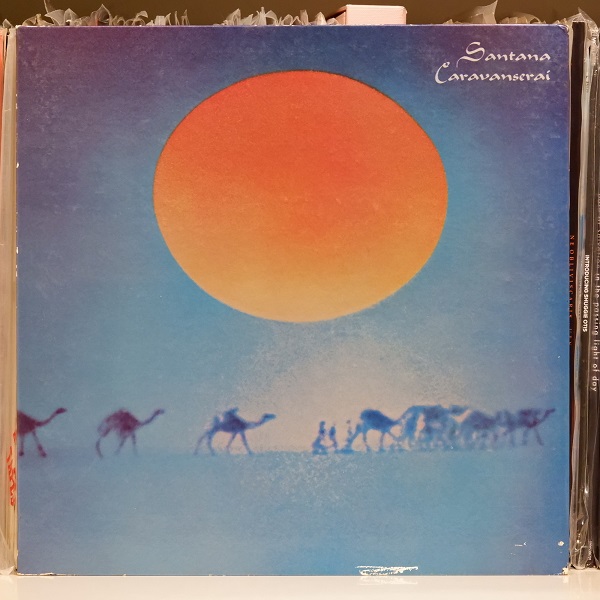 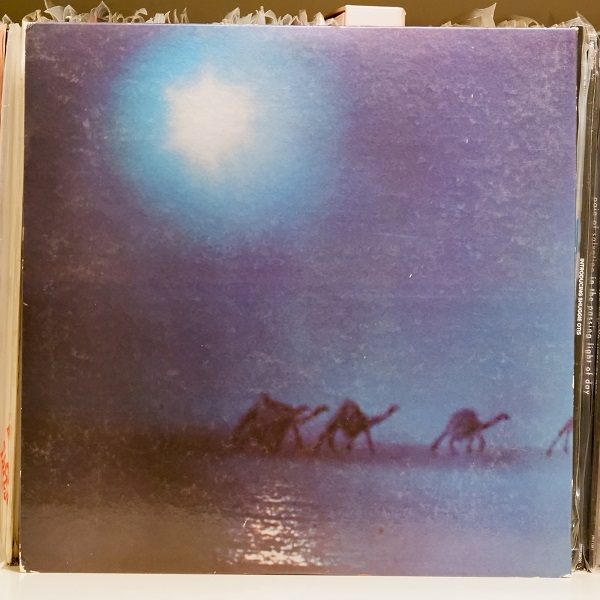 Caravanserai is the fourth studio album by Santana, released on October 11, 1972.

Caravanserai marked a major turning point in Santana’s career as it was a departure from their critically acclaimed first three albums. In contrast with the earlier trademark sound fusion of salsa, rock, and jazz, the album concentrated mostly on jazz-like instrumental passages. All but three tracks were instrumentals. The album is the first in a series of Santana albums that were known for their increasing musical complexity, marking a move away from the popular rock format of the early Santana albums toward a more contemplative and experimental jazz sound.

There was much change in personnel in the group. Original bass guitarist David Brown had left the group in 1971 and was replaced by Doug Rauch. In addition Tom Rutley played acoustic bass on some tracks, in some cases in tandem with electric bass. Similarly although José “Chepito” Areas continued on percussion, original percussionist Michael Carabello had departed, and Armando Peraza and James Mingo Lewis played on the album. Several other musicians made contributions. While Santana himself and most of the other musicians were in their early 20s, some were older; for instance Lewis was 32, Hadley Caliman 40, and Peraza 47.

During this period, Santana’s relationship with longtime keyboardist/vocalist Gregg Rolie rapidly deteriorated (keyboardist Tom Coster performed on one song before replacing Rolie shortly after the album’s release). It was also the last Santana album to feature guitarist Neal Schon, who went on to co-found Journey the following year.