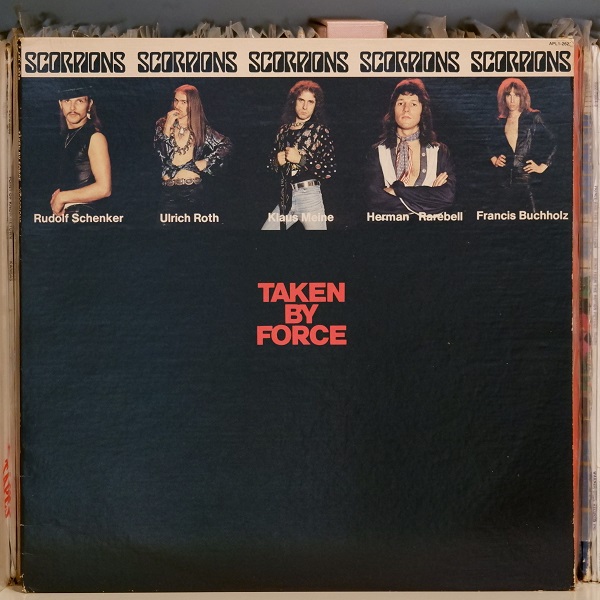 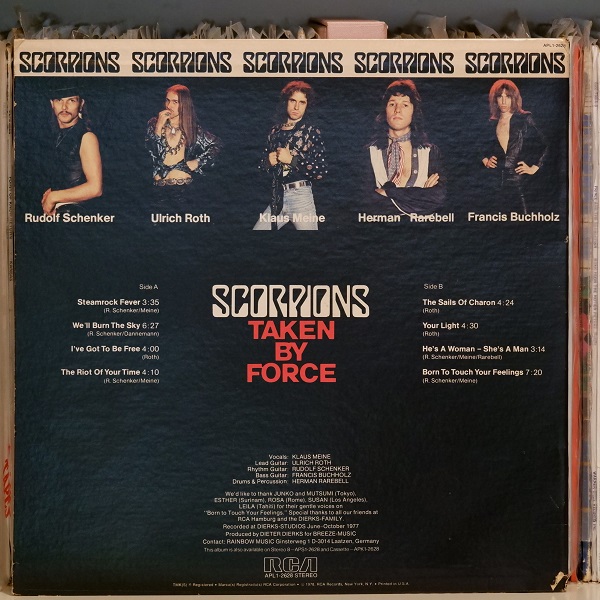 Taken by Force is the fifth studio album by German band Scorpions, released by RCA Records in 1977. This was the first Scorpions album to feature drummer Herman Rarebell and the final studio album to feature guitarist Uli Jon Roth. Roth left the band in 1978 following the end of the album’s tour, and was at first replaced by Michael Schenker and later by Matthias Jabs.

The lyrics to “We’ll Burn the Sky” were initially a poem written by Monika Dannemann, the last girlfriend of Jimi Hendrix, as a tribute to him after he died.