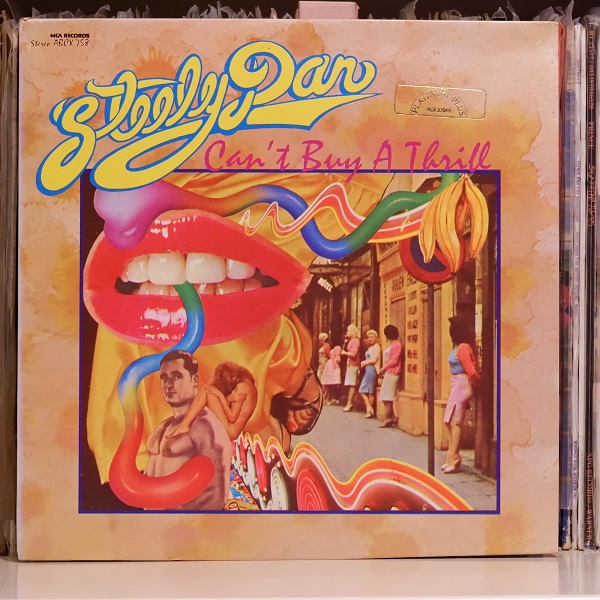 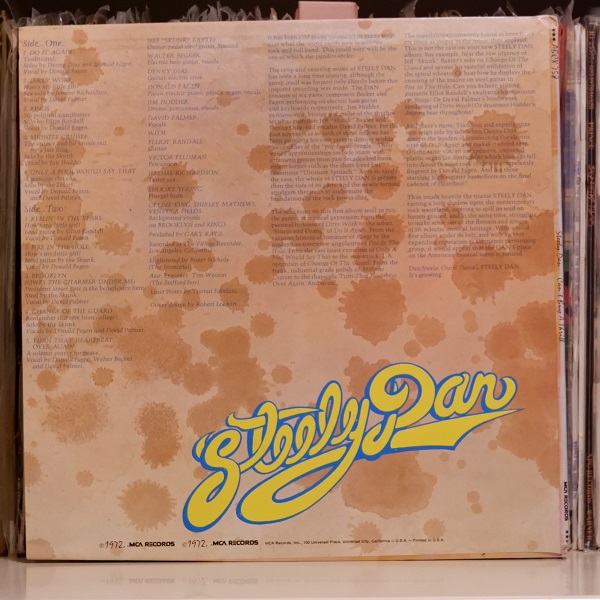 Can’t Buy a Thrill is the debut studio album by the American rock band Steely Dan, released in November 1972 by ABC Records. The album was written by band members Donald Fagen and Walter Becker, recorded in August 1972 at The Village Recorder in Los Angeles, and produced by Gary Katz. Its music features tight song structure and sounds from soft rock, folk rock, and pop, alongside philosophical, elliptical lyrics.

The album was a commercial success, peaking at number 17 on the Billboard chart and eventually being certified platinum. It was also met with positive reviews and later appeared on many professional listings of the greatest albums, including Colin Larkin’s All Time Top 1000 Albums (2000) and Rolling Stone magazine’s “500 Greatest Albums of All Time” (2003).

Join Waitlist We will inform you when the product arrives back in stock. Please leave your valid email address below.
SKU: 100160 Categories: Pop, Rock, Second-Hand Records Tags: Jazz-Rock, Pop Rock

Surface scratch on Side A – does not impact sound.