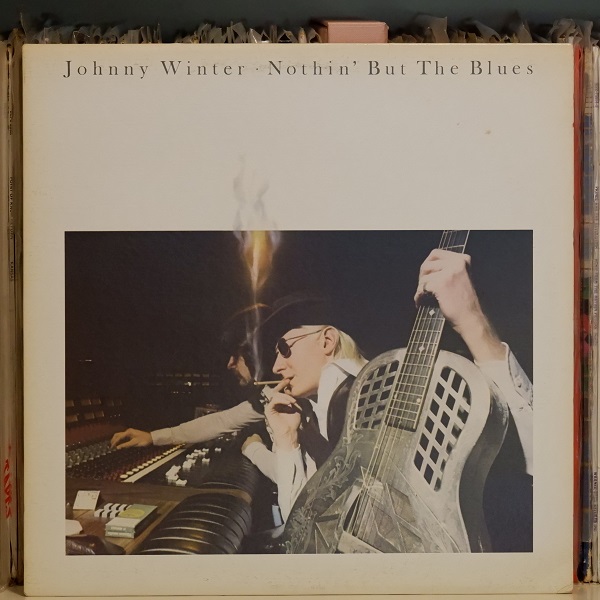 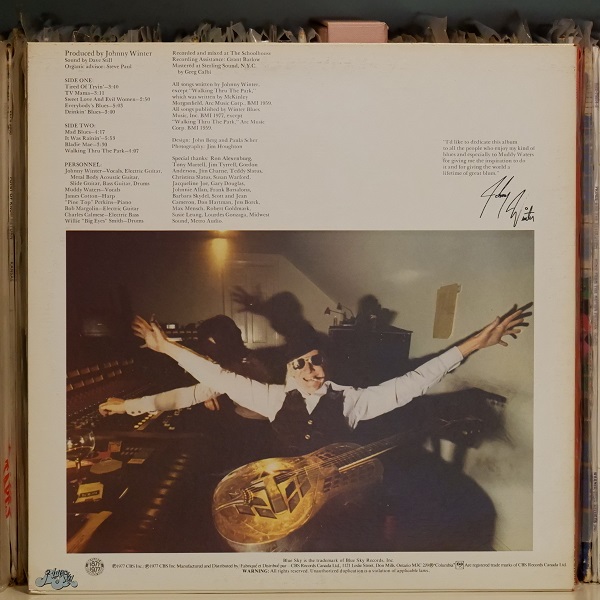 Nothin’ but the Blues is a 1977 album by Johnny Winter. The album has the following dedication: “I’d like to dedicate this album to all the people who enjoy my kind of blues and especially to Muddy Waters for giving me the inspiration to do it and for giving the world a lifetime of great blues.” – Johnny Winter.

On this album Winter moved away from the rock and blues blend of previous albums to a more blues-oriented album. It also saw a marked change in source of material, being almost exclusively written by Winter with no cover versions other than one by Muddy Waters with whom Winter had recently collaborated and who featured on the album along with his band.

Join Waitlist We will inform you when the product arrives back in stock. Please leave your valid email address below.
SKU: 100103 Categories: Rock, Second-Hand Records Tag: Blues Rock