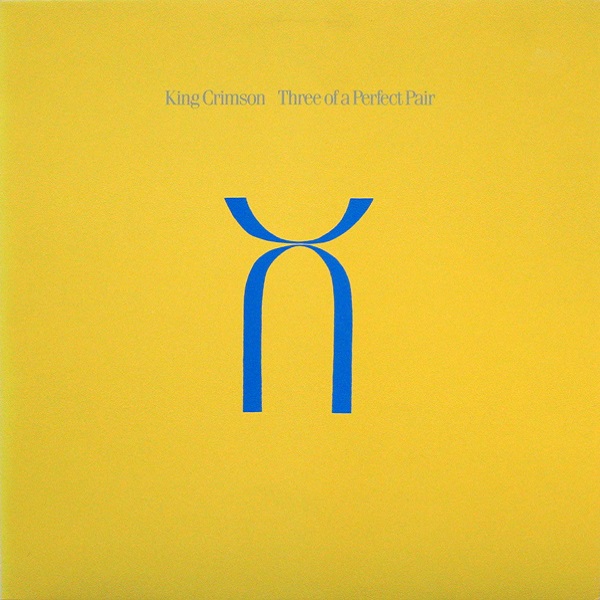 Three of a Perfect Pair is the tenth studio album by English band King Crimson, released in March 1984 by record label E.G. It is the final studio album to feature the quartet of Robert Fripp, Adrian Belew, Tony Levin and Bill Bruford.

According to Fripp: “The album presents two distinct sides of the band’s personality, which has caused at least as much confusion for the group as it has the public and the industry. The left side is accessible, the right side excessive.”