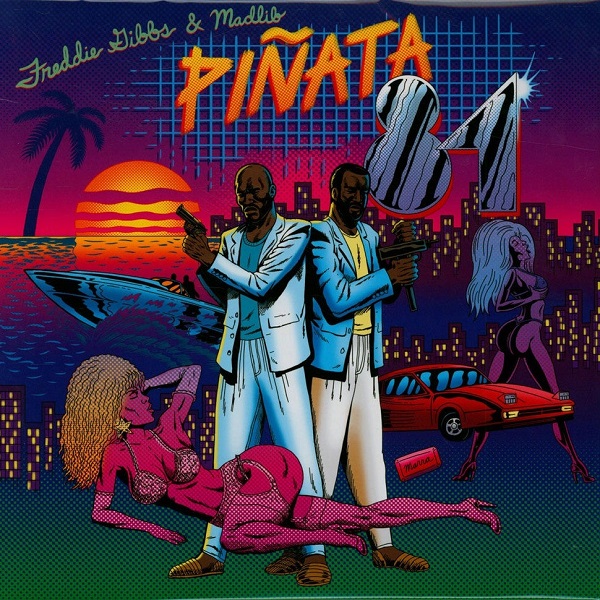 Piñata is the first collaborative studio album by American rapper Freddie Gibbs and record producer Madlib. It was released on March 18, 2014, by Madlib Invazion. Entirely produced by Madlib, the 17-track LP features contributions from Raekwon, Earl Sweatshirt, Danny Brown, Domo Genesis, Scarface, BJ the Chicago Kid, Ab-Soul, Casey Veggies, Meechy Darko and Mac Miller, among others. The album was recorded by Josh “The Goon” Fadem and Glenn “G-Wiz” Browder between January 2011 and October 2013. It was mixed and mastered by Dave Cooley for Elysian Masters, except for “Shame” and “Terrorist”, mixed by Kelly Hibbert.

The album received widespread acclaim from critics and debuted at number 39 on the US Billboard 200, with first-week sales of 9,000 copies in the United States.

Join Waitlist We will inform you when the product arrives back in stock. Please leave your valid email address below.
SKU: 200114 Categories: Hip Hop, New Records Tags: Jazz Rap, Rap