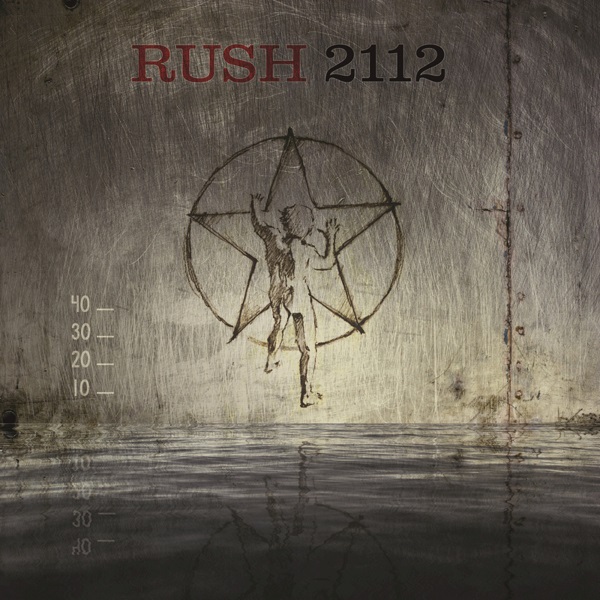 2112 (pronounced “twenty-one twelve”) is the fourth studio album by Canadian rock band Rush, released on 1 April 1976 (or March 1976, according to some sources) by Anthem Records. Rush finished touring for its unsuccessful previous album Caress of Steel, in early 1976. The band was in financial hardship due to the album’s disappointing sales, unfavorable critical reception, and a decline in attendance at its shows. The band’s international label, Mercury Records, considered dropping Rush but granted the band one more album following negotiations with manager Ray Danniels. Though the label demanded more commercial material, the band decided to continue developing its progressive rock sound. 2112 was recorded in February 1976 in Toronto with regular producer Terry Brown. Its centerpiece is a 20-minute title track, a futuristic science-fiction song that takes up the entire first side of the album. There are five individual tracks on side two.

2112 was released to favourable reviews from music critics and quickly outsold the band’s previous albums. It peaked at No. 5 on the Canadian Albums Chart and No. 61 on the U.S. Billboard Top LPs & Tape and was the band’s commercial breakthrough in the country. Rush supported the album with a tour of the United States, Canada, and for the first time, Europe, from February 1976 to June 1977. 2112 remains the band’s second-highest-selling album (behind Moving Pictures) with more than 3 million copies sold in the United States. It is listed in 1001 Albums You Must Hear Before You Die, and ranked second on Rolling Stone’s reader’s poll, Your Favorite Prog Rock Albums of All Time. 2112 has been reissued several times; a 40th Anniversary Edition was released in 2016 with previously unreleased material.