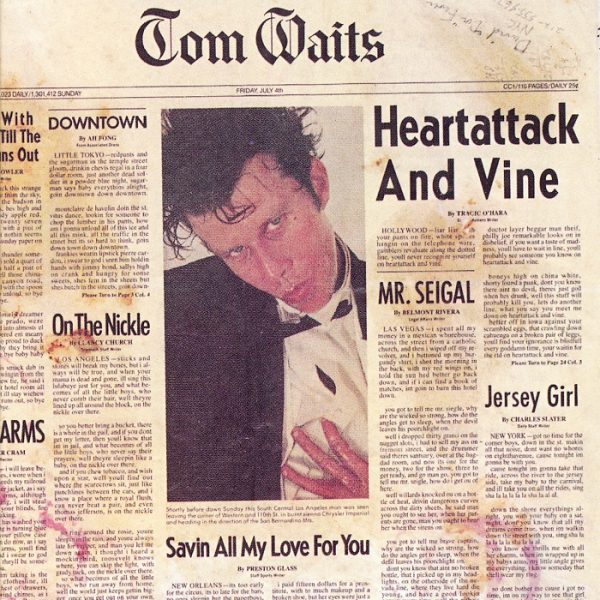 Heartattack and Vine is the seventh studio album by Tom Waits, released on September 9, 1980, and his final album to be released on the Asylum label.

“On the Nickel” was recorded for the Ralph Waite film of the same name. It was later used as the theme song for the 1985 “The Atlanta Child Murders” miniseries. “Heartattack and Vine” was covered by Screamin’ Jay Hawkins. In 1993 this version was used without Waits’ permission in a Levi’s commercial, for which Waits took legal action and won a settlement. Jean-Luc Godard used “Ruby’s Arms” in his 1983 film First Name: Carmen. Bruce Springsteen performed “Jersey Girl” live (and was joined onstage by Waits to sing it on August 24, 1981), including it in his retrospective “Live/1975–85”.