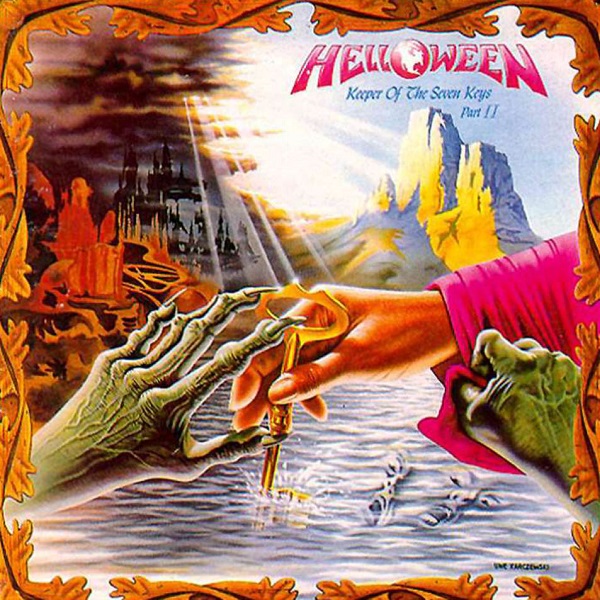 Keeper of the Seven Keys: Part II is the third studio album by German power metal band Helloween, released in 1988. The album sold well, and success bloomed all over Europe, Asia, and even the United States. The album went gold in Germany and reached No. 108 in the US.

Two singles were released from the album, “Dr. Stein” and “I Want Out”. “Dr. Stein” has a very long and moody solo, played with a blues tinge, very unlike other solos on the album, as well as an organ solo. “I Want Out” remains the band’s best-known song, and has been covered by several metal bands, such as Gamma Ray (which Kai Hansen formed after leaving Helloween itself), Unisonic, HammerFall, LORD and Sonata Arctica. It is their last album to feature Hansen until 2021’s self-titled album.